I have been making homemade baby food since my son turned 6 months old. I love making his food homemade and love coming up with new recipes and combinations to try! He has been starting to eat a lot more lately since he is almost 9 months old so I have been trying to make a variety of new foods for him. I will soon be starting him on meats so that will bring all kinds of new recipes! For now, here is a new veggie idea! I wasn’t really sure if he would go for the taste of celery but he gobbled it right up!

I would suggest starting this one around 8 months and up. 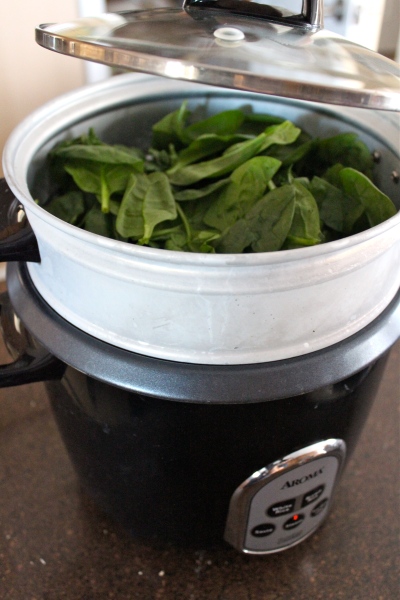 Wash celery off well. Chop into smaller pieces making sure to cut off the ends. Cook in skillet or saucepan on med-high with about 2 Tbsp of coconut oil. Make sure to stir well to coat the celery with the coconut oil. Let cook for about 2 minutes. After 2 minutes, add 1 cup water and lower heat. Cook for an additional 15 minutes stirring occasionally. Remove from heat and set aside.

Add both spinach and celery into the blender with about 1/4 Cup water and blend well. If it’s still chunky, add more water. You could also use breastmilk or formula.

This made 5 – 4oz jars for me and I put them in the freezer. Double or triple the recipe if you like making in bulk and freezing. This one was very easy and my son loved it!!